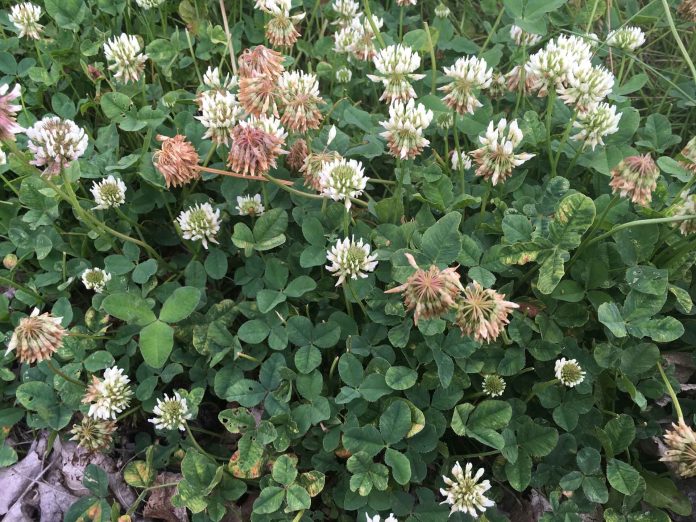 Weeds are problematic in crops, primarily because they compete with commodities for water, light, and nutrients, which can result in yield loss. Weeds can also impact crops, indirectly, by serving as alternate hosts for insects and pathogens (Del Pozo-Valdivia 2019; Petit et al. 2011), providing habitat for vertebrate pests (White et al. 1998), or by impeding harvest operations (Morgan et al. 2001; Smith et al. 2000), among many other effects.

Resistant Weeds
Consequently, growers employ a variety of control strategies, including the application of herbicides, to manage unwanted vegetation in their production systems. Although herbicides can be extremely effective, weeds may escape chemical control for a variety of reasons, including the evolution of herbicide resistance. Currently, there are 500 confirmed cases (species x site of action) of herbicide resistance, worldwide (Heap 2019). With respect to the United States, 164 unique instances of resistance have been documented. Most resistances (52 cases) are to the acetolactate synthase (ALS) inhibitors followed by the photosystem II (PS II) inhibitors (26 cases), 5-enol-pyruvyl-shikimate-3-phosphate synthase (EPSPS) inhibitors (17 cases), and the acetyl-CoA carboxylase (ACCase) inhibitors (15 cases) (Heap 2019). Examples of active ingredients for these sites of action would be rimsulfuron (ALS-inhibitor), atrazine (PS II-inhibitor, glyphosate (EPSPS-inhibitor, and sethoxydim (ACCase-inhibitor), respectively.

Herbicide Resistance
Herbicide resistance is an evolutionary process. Herbicides do not directly cause the mutations that lead to herbicide resistance, rather their repeated use over space and time ‘selects’ for the genetic mutations that result in reduced herbicide efficacy. In short, the genetic mutations that confer herbicide resistance are already present before the herbicide is applied. The herbicide treatment eliminates all the weeds that do not contain the mutated gene (i.e. the susceptible plants); if no further intervention is undertaken, the resistant survivors will continue to grow, flower, and set seed, which will be added to the soil seedbank. Over time, the resistant trait becomes dominant in the population as susceptible individuals die out without successfully reproducing (Figure 1) (Hanson et al. 2013).

Resistance in Other Weed Management
Herbicides are not, however, the only selective forces that can alter the structure of weed populations and communities. Any weed management or crop production practice can select for weed species that are adapted to the resulting environment. For example, repeated and consistent mowing (Pirchio et al. 2018) can favor the development of species that are naturally prostrate or spreading in habit, like clovers (Trifolium spp.) (Figure 2). The use of drip-irrigation in processing tomatoes can lower the numbers of annual weeds that emerge and compete with the crop (likely due to reduced surface wetting that stimulates germination) while facilitating the establishment of field bindweed (Convolvulus arvensis), a deep-rooted and drought-tolerant perennial weed (Shrestha et al. 2007; Sosnoskie and Hanson 2015; Sutton et al. 2006). The adoption of reduced tillage in processing tomatoes favors the spread of field bindweed which can be suppressed by frequent soil disturbance. Even hand-weeding can serve as a selective pressure; Echinochloa crus-galli subsp. Oryzicola, a form of barnyardgrass that mimics cultivated rice both in physical form and phenology, is difficult to visually identify and may escape removal in labor-intensive production systems (McElroy 2014).

Managing Herbicide Resistance
When it comes to managing herbicide resistance, the Weed Science Society of America (WSSA) has a list of strategies to employ in order to increase the diversity of tools in a production system. However, these tools have value beyond the prevention and mitigation of resistance; varying the types and timing of disturbances should help to combat difficult to control species that arose in response to the repeated use of a weed control strategy. Some of the best management practices endorsed by the WSSA include:

Assessing the Impact of Irrigation Water Quality on Strawberry Cultivars

Do Liquid Digestates, By-Products of Bioenergy Production, have Nematode-Suppressive Potential?