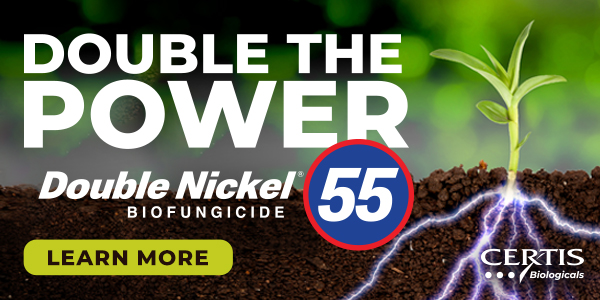 As researchers began to study Grapevine red blotch virus in grape vineyards and what causes this virus to spread, they began looking at possible transmission by pest insects.

Houston Wilson, UCCE specialist (Dept. of Entomology, UC Riverside) at the Kearney Agricultural Research and Extension Center, said that at this point, the only known insect vector was the threecornered alfalfa hopper (TCAH). This green, robust, wedge-shaped insect has piercing sucking mouthparts. While it can be found in vineyards, it strongly prefers legumes and is commonly reported as a pest of soybean, peanuts and alfalfa.

While conducting a study of the ecology and phenology of the threecornered alfalfa hopper, Wilson and his research team found that even though it can be found in vineyards and is capable of feeding on vines, this insect cannot actually complete its life cycle on vines. Instead, leguminous ground covers in the vineyard can support populations.

It is possible that TCAH can transmit the virus that causes Grapevine red blotch, a disease that affects grape quality, but Wilson said management of vineyard cover crops could provide cultural control. Adult TCAH can be found in vineyard cover crops in the spring. That is where they mate and lay eggs, and the immature nymphs then complete their development on leguminous ground covers. Nymphs typically mature into the adult stage just around the same time that the vegetation dries down, he said, which then triggers the adults to move up into the grapevine canopies where they potentially can feed and spread the virus if they have previously fed on red blotch-infected vines. By mowing and discing vineyard ground covers before the immature TCAH complete their development, Wilson said that fewer TCAH adults will make it up into vineyard canopies to feed on vines.

“Adult TCAH appear in ground covers in the early spring (March) and can be sampled with sweep nets. As those adult populations decline, it is likely that TCAH are mostly in the egg or nymph stage through April. It is during this time that the elimination of ground covers could have a negative impact on their populations since the nymphs are unable to migrate up to the vine canopy” Wilson said.

Wilson and his team are studying other possible insect vectors of Grapevine red blotch as well. One of these is the sharp-nosed leaf hopper, which appears to reproduce in vineyards and can pick up the virus, studies have shown, but Wilson said there is no definitive proof yet that this insect spreads the virus. Those studies are currently underway.

Grapevine red blotch has been in California vineyards since at least the 1950s, but grapevines were not tested for the disease prior to 2012. That was when growers grew concerned about transmission routes. Grapevine red blotch virus is limited to cultivated and wild grapevines. It is possible that in addition to insect vectors, the virus was also introduced in vineyards through grapevine propagation, Wilson said.