As the study enters its fifth year, UCCE farm advisor Cindy Fake noted some of the key findings. Mulched orchards have lower soil temperatures during the hot summer months and soil moisture is rarely depleted. Excessive fruit drop is mitigated and herbicide use has declined.

Parts of this foothill mandarin growing region east of Sacramento have much poorer soils than other growing regions. There are also hillside plantings where erosion is an issue, Fake said. Summer heat can be intense, and the trend toward longer dry conditions adds stress to the trees. Frost damage at the elevation of this growing region is rare and use of microsprinklers provides frost protection. 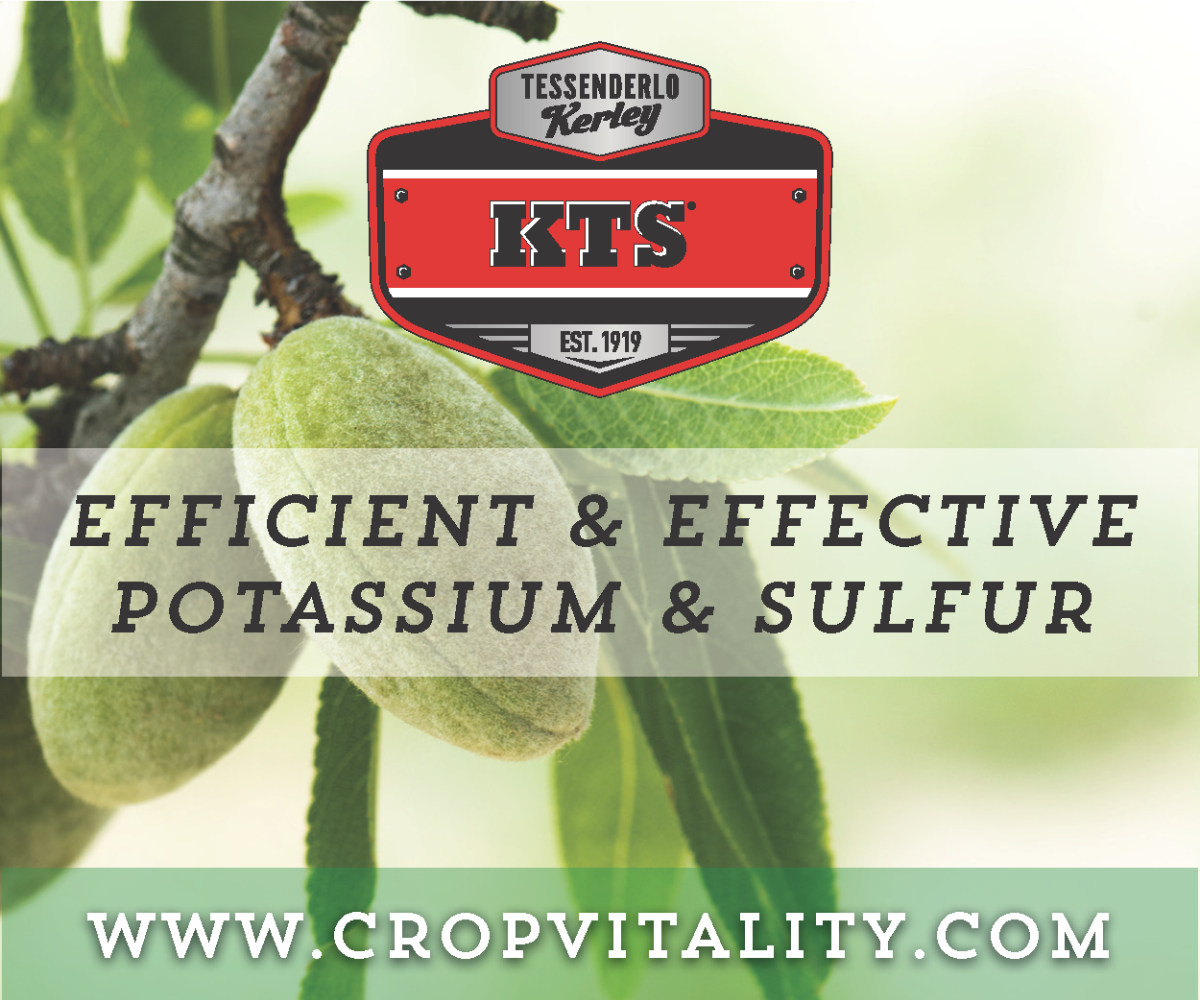 The mulching trials were initiated to help mandarin growers maintain and improve tree health and resilience in the face of climate change.

A downside of the mulch applications is the time and labor it takes to mix and apply.

Growers participating in the trials applied mulch composed of 50% horse manure and 50% wood chips, as both materials were readily available in the area. Mulch was applied under the canopies of the trees at depths ranging from four to six inches. The depth was reduced to four inches after two very wet years. Mulch was applied in the spring, Fake said, and it is critical to apply to moist soil. If it is applied to dry soil, it will take three to four major irrigations to move water through the mulch into the soil.

The trials also showed that when applying mulch to an existing orchard, soil moisture must be monitored. Growers used to applying the normal amount of water to their trees will have to adjust their scheduling, Fake said, as about 30% less water is needed.

The trial showed that moisture levels under the mulched tree were consistent and the profile is able to retain moisture with minimal depletion at a 6-inch to 12-inch depth. Most moisture depletion is occurring in the top six inches of soil and is lower than the control. Moisture levels in the control depleted at a more rapid rate throughout the soil to a depth of 12 inches.

By applying mulch in the spring, Fake said it would decompose over the next six months and not be a food safety issue at harvest. She also recommends mulching new trees to help maintain moisture for root growth.

More information on the mulch trial can be found at

Placer/Nevada Foothill Farming website. There is also an information sheet on how to use mulch on the UC ANR website.