The threat posed by many invasive insect species to California agriculture is accelerating, reports UC Riverside’s Mark Hoddle, who believes proactive biological control could be the key to averting disaster.

Non-native invertebrates (e.g. insects, mites, mollusks, etc.) are establishing in California at the rate of nearly 10 per year. Trade and tourism are major drivers in movement of exotic invasive species worldwide, Hoddle said, and live plant imports are a major conduit for pest and pathogen movement into and throughout the U.S. Prior to 1989, Hoddle said, California acquired around six new exotic arthropod species a year. For the time period 1989-2010, that number increased to nearly ten new exotics detected each year. 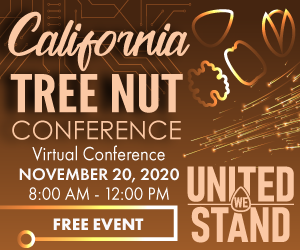 The group of insect invasive species most likely to invade California and threaten agriculture include sap feeders such as aphids, psyllids, mealybugs and whiteflies.

Should California have been better prepared for the Asian citrus psyllid? Hoddle asked in an Ask The Expert UC webinar. With the knowledge that ACP and the bacterium known to cause Huanglongbing were in Florida, Texas and Mexico, the approach by California was reactive rather than proactive, he said. ACP spread rapidly once in California and large populations resulted. When dealing with a predictable invasion threat, Hoddle proposed a more disruptive approach to managing invasive species, getting ahead of an obvious problem before it happens.

For example, it took nearly 10 years to run a biocontrol program targeting ACP in California. This program didn’t start until the invasion of California by ACP was well underway; it was a reactive approach. During this time, colleagues in Pakistan were contacted for foreign exploration efforts, and time was needed to collect, identify, screen and raise and mass-release host-specific parasitoids that can suppress ACP populations in California, Hoddle said.

A proactive approach would involve identifying and collecting natural enemies, maintaining colonies in quarantine and running host specificity and host range tests, and prepare a report for USDA-APHIS review in advance of the anticipated invasion of the target pest. Detection of the first established non-eradicable pest population would initiate the biocontrol program against the target pest. This proactive response would save years of time and allow a rapid, almost immediate, response to managing the pest with biocontrol agents.

The concept of proactive biocontrol is simple: Have natural enemies ready before the anticipated pest invasion occurs. Had the parasitoid for ACP been identified and ready, much economic and environmental impact could have been avoided. For example, there has been about a 70% decline in ACP numbers after the biocontrol program started. Could this suppression have been achieved earlier and the spread of ACP slowed if the ACP biocontrol program had been proactive instead of reactive?

Spotted lantern fly is a good target for proactive biocontrol, Hoddle said. This prolific and highly polyphagous insect is expected to arrive and establish in California and poses a threat to vineyard and tree nut crops. Spotted lantern fly infestations in Pennsylvania have killed vineyards, removing sap and leaving the vines vulnerable to winter cold. In South Korea, where spotted lantern fly has become established, it is a known pest in walnuts.

Hoddle recommends being proactive about identifying potential invasive species and developing a management plan before they arrive. A proactive program targeting spotted lantern fly is currently underway in quarantine at UC Riverside where the safety of an egg parasitoid imported from China (the native range of SLF) by the USDA is currently being assessed.