When methyl bromide was banned in 2005, California strawberry growers lost an effective tool in their crop care toolbox to control weeds, soilborne diseases, nematodes and symphylans. Special-use permits allowed them to continue using the fumigant through 2016, but growers feared final loss of the powerful soil fumigant might be the end of profitable production.

The California Strawberry Commission agreed, noting that elimination of methyl bromide fumigation brought forth several soilborne diseases for which there is no post-plant control. Of particular concern were Fusarium wilt (Fusarium oxysporum f.sp. fragariae), Verticillium wilt (Verticillium dahlia) and charcoal rot (Macrophomina phaseolina), according to the California Strawberry Commission.

But once again, necessity proved to be the “mother of invention,” said independent agronomist and PCA Lee Stoeckle, owner of Stoeckle Agricultural Consulting in Ventura, Calif.

Stoeckle has advised strawberry and caneberry growers for more than 30 years, and he noted that effective alternative fumigants have taken up the methyl bromide void and are now widely and successfully used. While California strawberry acreage has fallen, total production has actually increased thanks to innovation and application of new technology.

“The optimum disease and weed control program is a one-two punch,” Stoeckle says. “Hit it at the end of the season as a burndown and at the beginning before next planting via drip irrigation. The backbone of our control program is Pic-Chlor 60 EC (1,3-dichloropropene plus chloropicrin) at the max recommended rate (350 lbs/ac), going after the heavy hitting ‘big boys’ (soilborne diseases) when applied in August or September before planting.” He recommends Vapam or K-Pam to get the additional benefits to control these diseases (Fusarium, Verticillium, Macrophomina phacelia) and eliminate the inoculum reservoir in the crown.

Stoeckle says emulsified formulations of Telone® C-35 and chloropicrin can be applied with irrigation water through drip irrigation systems. Metam sodium is the active ingredient in Vapam® HL™ and metam potassium in the active ingredient in K-Pam® HL™. Both are AMVAC® soil fumigants, which give off methyl isothiocyanate (MITC) when combined with water via drip or otherwise. If drip fumigation is planned, good results have been obtained with a sequential application of chloropicrin or 1,3-dichloropropene plus chloropicrin, followed 7 days later with metam sodium or metam potassium.

Stoeckle considers fumigants essential and offers the math: “If we equate the value of every plant to be $2 each and you lose 10% of your plants, that’s 2,500 plants on a population of 25,000 per acre. Your choice is to fumigate or take a $5,000 loss. That’s an easy decision. The return on investment on fumigation is huge. We expect to see a 20% to 30% return on fumigant investment.”

He is quick to add there are other management decisions that help maximize production, noting, “I could go on and on about using the best plastic mulch or optimum fertilization practices.”

“Vapam worked out really well in controlling nutgrass/nutsedge,” he said. “Pic-Clor 60 has no effect.”

For weed and disease control, “we hit everything at fall pre-plant with Pic-Clor 60 through drip tape and seven days after that we follow with Vapam,” he said. “It does a terrific job on nutsedge and other weeds, as well as the soilborne diseases including Verticillium, Phytophthora and, anecdotally, Macrophomina.”

Also seeing results with soil fumigants is Santa Barbara grower Josh Ford. He is COO of Ocean Breeze Ag Management LLC in Ventura, which grows 450 acres of strawberries, 50 acres of blackberries, and 25 acres of raspberries. Ford’s biggest soilborne pests are Macrophomina, Fusarium, and Phytophthora cactorum. Nutgrass is his most difficult weed to control.

“We’ve been using soil fumigants for many years,” he says. “We were using methyl bromide, but now we apply chloropicrin once a year and K-Pam once to twice a season. If nut grass is a bad problem, we will knock it down at the end of the season with K-Pam and also pre-plant K-Pam. Our ROI is good when you consider the increased cost of labor to manually remove nut grass.” 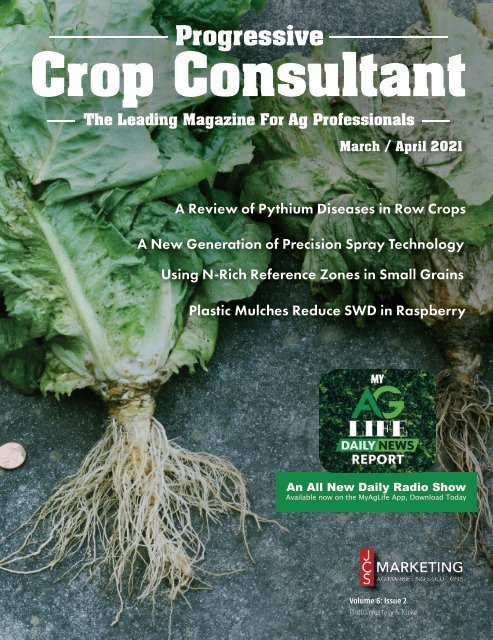