Grapevines can die for a number of reasons, but increasing incidences of Sudden Vine Collapse across all California grape growing regions have sparked investigation into possible causes for this disease.

In the 2020 San Joaquin Valley Virtual Grape Symposium, UC Davis plant pathologist Akif Eskalen shared what he and other researchers know about Sudden Vine Collapse and some management options.

Eskalen said this condition causes sudden death of grapevines in the middle of summer. Sudden Vine Collapse disease has occurred in vineyards in the Lodi and Monterey grape growing regions as well as San Luis Obispo and Santa Barbara counties and San Joaquin Valley counties including Fresno, Tulare and Kern. Similarities in Sudden Vine Collapse include vines planted on Freedom rootstock and the presence of vine mealybug. In his investigation, Eskalen also found symptoms of girdling at the graft union, lack of starch in the rootstock and lack of feeder roots on infected grapevines. 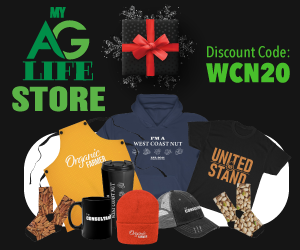 Conclusions from a sampling study done by Eskalen found that in each of the vines with moderate to severe decline symptoms, GLRaV-3 and GVA, grapevine leafroll virus and grapevine virus A were present. Grapevine trunk disease pathogens and Fusarium solani were isolated from the symptomatic grapevine samples, but no consistent fungal pathogen was found among all vine samples.

He also noted that Freedom rootstock is most susceptible to co-infection by grapevine leafroll associated viruses and vitiviruses. Virus infections can also cause graft incompatibility in certain rootstock, Eskalen noted.

Results from the sampling study also showed that efforts of the rootstock to reject the scion following infection causes girdling at the graft union, preventing flow of starch throughout phloem of the vine. The inability of the plant to transport starch leads to starch depletion in the roots and subsequent lack of feeder roots, further preventing the vine to acquire nutrients from the soil. Finally, Eskalen said, interactions between the grapevine viruses and Fusarium solani may play a role in the vine death.

Testing in the fall (before the leaves senesce) is the best time of year to sample for these viruses.

Mealybug control in the vineyard is also advised as is removal of infected grapevines.