Nutritional status and environmental conditions contribute to puff and crease in citrus.

This disorder, seen as an uneven surface on the fruit, affects fruit appearance and quality.

Puff and crease indicates a separation of the albedo (the white material under the outer peel) from the outer surface of the fruit. This internal damage is visible externally as an uneven appearance of the rind surface, where some of the fruit surface appears puffy while other areas are indented. Satsuma mandarins, early navel varieties, and Valencia’s are susceptible to this rind defect.

Dustin Stewart, a crop advisor with Ultra Gro in Fresno, Tulare and Kings counties, said due to recent warm fall days, puff and crease is more prevalent on some early maturing Satsumas. 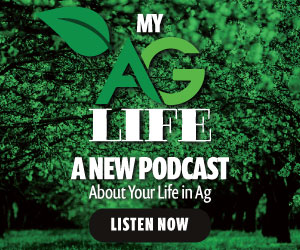 Puff and crease can be caused by late nitrogen applications in an orchard. Evidence linking nitrogen to puff, crease, smaller fruit size and staining exist. These negative effects are most significant at nitrogen levels greater than 2.6% N, Stewart said, but it is more likely that nutritional imbalance combined with warm daytime temperatures in the fall drives this condition in citrus. Once puff and crease has begun, it can’t be reversed, Stewart said, but this condition can be mitigated by making sure calcium, molybdenum, zinc and sulfur levels in the plant are adequate to assuage puff and crease.

These nutrients play a role in retarding senescence, which in the early stages is an organized phase of metabolism and not just a breakdown of tissue.

Application of plant growth regulators cytokinin and auxin or gibberellic acid can also delay development of puff and crease in citrus fruit. Cytokinin is a plant hormone that influences growth and stimulation of cell division. Cytokinin moves in the xylem and pass into leaves and fruit. Cytokinin also acts in conjunction with auxin, another plant hormone, to retard senescence.

Gibberellic acid treatments, applied at the correct time in fruit maturation, delays rind aging and softening. Timing of treatment in early mandarin varieties is two weeks prior to color break in orchards where harvest will be delayed.