The Argentine ant, or Linepithema humile, is a coffee bean-colored ant native to South America. Introduced in the early 1900s in California likely by exports, the ant has long been a problem for pest management in citrus orchards. 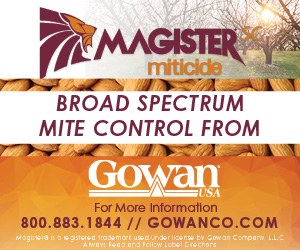 “There are queens, males, workers and brood in underground colonies,” Hoddle said. “Their lifecycles are similar to butterflies, having egg, larval and pupal stages, and about 75 days to develop from egg to adult.”

The sheer number of Argentine ants that make up a colony, as well as their aggressive nature, makes them a daunting species to deal with. Each nest has multiple queens, which typically lay 20 to 30 eggs per day and have been found to lay up to 50 to 60 eggs in certain instances, according to Hoddle.

The mutualistic behavior of Argentine ants, however, is where the real issue lies in citrus orchards. The ants are able to co-exist with multiple sap-sucking, economically damaging pests in citrus such as mealybugs, aphids, whiteflies, soft scales and psyllids. Basically, ants living in orchards tend and feed off honey dew, a sugary excrement produced by these pests. In return, the ants protect their “livestock” from parasitoids and predators, the natural enemies that attack these pests and control their populations.

Hoddle and his research team have been using a variety of monitoring tools to estimate ant densities in citrus orchards, an important way to determine control decisions. Among the monitoring tools used are sugar vials with 25% sucrose solution, counting ants moving past “landmarks”, and a new tool: infrared sensors attached to irrigation piping.

“Monitoring vials often overestimate ant populations,” Hoddle said. “Marking spots on a [citrus] tree and counting ant traffic over a specific amount of time can give good estimates to the densities and activity levels in trees.”

According to Hoddle, irrigation piping tends to be the easiest place to find Argentine ants in an orchard. The ants prefer moving in straight lines on the smooth surface of the piping which enables them to move more rapidly from nests to food sources and back again.

“Infrared sensors along irrigation piping collect physical data and send it to the cloud where the data are summarized and viewable with an app on a smart device,” Hoddle said. “The goal is to create a fully automated ant monitoring system for growers.”

Once the results can give an accurate idea of ant activity in an orchard, control options need to be decided. The most basic option is a physical barrier around the trunk of the tree. Composted organic mulch at the base of trees can deter ant walking speeds due to uneven terrain. Bait stations loaded with 25% sucrose water and ultra-low concentrations of insecticide (.0001%) can also be used.

“The bait stations can work, but they need to be taken care of, monitored and replenished regularly,” Dr. Hoddle said. “Biodegradable hydrogel beads made out of seaweed, 25% sucrose water and .0001% insecticide proved effective as well. The ants feed off of these, return the toxin to the nest, and through communal food sharing the workers and queens are slowly poisoned.” 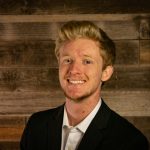