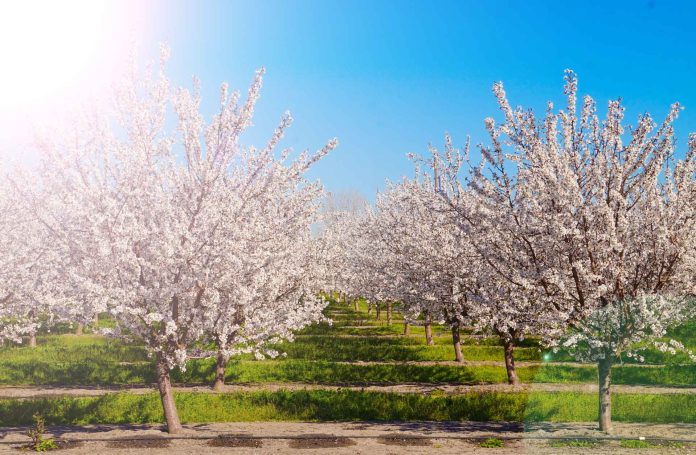 A biosolarization field trial that began in almonds in Summer 2017 is yielding some promising results. The aim of the trial, which is supported by the Almond Board of California and the Western Center for Agricultural Health and Safety, is to determine if adding almond hulls and shells to the soil as a pre-plant soil amendment coupled with solar heating works as an alternative to fumigation that can also boost soil health. A bonus in this research has been utilization of almond hulls and shells to diversify the market for these by-products.

The ongoing trial at a Nicolaus Nut Company orchard in Chico, led by Professor Christopher Simmons and a team at UC Davis, used almond hulls and shells sourced from Nonpareil or various pollinator varieties as soil amendments to complement solar heating, intensify pesticidal conditions in the soil and enhance pest inactivation, specifically for harmful nematodes. The trial used 16.7 tons of almond hull and shell material per acre. 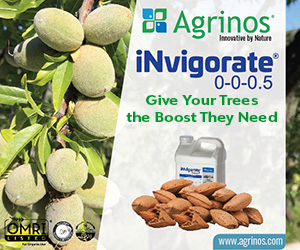 Simmons’ trial has been tracking soil properties since the end of biosolarization in August 2017 and tree properties for the Nonpareil, Monterey and Bennett-Hickman varieties planted at the site in January 2018. By monitoring soil properties, including nutrient and nematode profiles and tree growth rate and health, Simmons said the trial is aimed at understanding the long term effects of biosolarization on soil health and soil interactions with almond trees.

Simmons said that current data show that pest nematode levels remain low and there have been persistent benefits to soil nutrient content in the roughly 2.5 years following introduction of almond hulls and shells to the orchard soil during the biosolarization trial. Specifically, organic matter, total nitrogen, total carbon and potassium remain significantly elevated in biosolarized plots compared to untreated control soils regardless of whether hulls and shells from Nonpareil or other pollinator varieties were used as amendment.

Over the following six months, Nonpareil and Bennett-Hickman trees have maintained significantly greater growth rates in soils biosolarized with hulls and shells from Nonpareil and pollinator varieties, respectively. Furthermore, multispectral imaging data show that Bennett-Hickman trees in soils biosolarized with Nonpareil biomass exhibit canopy reflectance and color properties associated with improved nutrition.  Simmons said these results indicate that benefits to almond trees may depend on interaction effects between biosolarization conditions and tree variety. 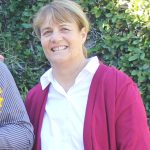 Weather Station use in Vineyards