Grapevine trunk diseases (GTDs) are currently considered one of the most important challenges for viticulture worldwide. These widespread damaging diseases are caused by a broad range of permanent, wood-colonizing fungal pathogens, which primarily gain entry into grapevines via pruning wounds. GTDs can also reside latently within tissue as part of the normal grapevine microbiota, and environmental factors may trigger their switch to pathogenic.

The economic impact of GTDs can be significant in both young and mature vines, with Black foot disease and Petri disease being predominant in young vines. In mature vines, Esca (Figure 1), Botryosphaeria dieback (Figure 2a and 2b), Eutypa dieback (Fig. 2c and 2d) and Phomopsis dieback are damaging and referred to as canker diseases due to characteristic cankers they cause in vines. Other major symptoms of their presence include poor vigor, leaf chlorosis (Fig. 1a), berry specks and shoot and tendril dieback. Perennial cankers cause spur, cordon and trunk dieback and ultimately result in death of the entire vine.

The majority of the fungal pathogens responsible for GTDs produce overwintering fruiting structures containing the infectious spores of the pathogen. These overwintering structures can be found on the bark surface of infected vines as well as on pruning and harvesting debris on vineyard floors. Another source of GTD fungal inoculum (spores) is from other woody perennial crops such as nut trees which are known to be infected by GTDs.

Under conducive environmental conditions, largely precipitation events, the fruiting bodies release fungal spores which land on exposed pruning wounds, causing infection and thus completing their life cycle. Research has identified that the majority of spore release in California occurs during winter following precipitation (December to February), which also overlaps with pruning timing, thus creating a window for GTDs to infect vines. With this knowledge, pruning wound protection strategies alongside cultural practices are the best strategies to mitigate GTDs. Cultural practices are focused around sanitation, including using clean material when establishing a new vineyard, removal of pruned and infected material and pruning dead shoots, spurs and cordons below symptomatic tissue. Delayed pruning after the high disease pressure period has passed is another good option in California to mitigate GTD infection.

The most effective way to protect pruning wounds from airborne fungal spores of GTDs is to apply registered chemical and/or biological pruning wound protectants. Ideally, these protectants should be applied shortly after pruning and in a dry weather window to avoid rain washing the solution away. The damaging effects of GTDs on vineyard longevity are likely to be reduced significantly if protectants are adopted when vines are young and subsequently applied annually.

Commercial chemical protectants such as a combination of Rally and Topsin M have been shown to be effective in controlling GTDs. With a need for sustainable alternatives, there is huge interest in the research, development and use of biological pruning wound protectants. Biological pruning wound protectants exploit beneficial micro-organisms that possess either natural antagonistic activity or compete with the pathogen by colonizing the pruning wound faster to provide protection from GTD pathogens. Several commercially available beneficial microorganisms, including Trichoderma spp. and Bacillus spp., have been shown to provide protection against GTDs (Brown et al. 2020; Kotze et al. 2011; Halleen et al. 2010; John et al. 2008). As well as being an alternative to fungicides, it is thought that biologicals could provide prolonged protection once they have colonized the pruning wound.

This comprehensive study was performed to evaluate a variety of registered and experimental chemical and biological agents to protect pruning wounds (Table 1) from the fungal pathogens Neofusicoccum parvum and Eutypa lata, which are aggressive causal agents of the GTDs Botryosphaeria dieback and Eutypa dieback, respectively. This study was set up in both a wine grape and table grape commercial vineyard in Sacramento County (cv Cabernet Sauvignon) and Kern County (cv Allison), respectively.

All study vines were pruned (one foot long) in February (Figure 3a), and within 24 hours of pruning, the liquid protectants were sprayed with a one-liter hand-held spray bottle on the pruning wound until runoff (Figure 3b). All protectants were prepared according to their label recommendations. The following day, canes treated with a chemical protectant were inoculated with roughly 2000 spores of either N. parvum or E. lata. Canes treated with a biological protectant were inoculated with the same amount of spores of either N. parvum or E. lata seven days after treatment application (Figure 3c). The positive control treatment had sterile distilled water applied to wounds and was inoculated with the same amount of spores of each pathogen. Eight months after inoculation, treated canes were collected and brought to the lab for further evaluation. Each cane was split with a knife longitudinally (Figure 3d) and segments were excised and plated on a growth medium to confirm the pathogen that was inoculated (Figure 3e). After incubation for 5 to 14 days at room temperature, recovery of fungal pathogens was recorded by their morphological characteristics. The efficacy of the treatments controlling the GTDs was calculated as the Mean Percent of Infection (MPI) using the following formula: Number of GTD-infected samples (canes from which the pathogen could be re-isolated)/total number of canes inoculated x 100.

Our results also showed that the chemical protectants Topsin M + Rally and Luna Sensation were effective at providing simultaneous pruning wound protection of E. lata and N. parvum in both Sacramento and Kern County trials. Application of Topsin M + Rally resulted in an MPI of 10% for both E. lata and N. parvum in Sacramento County (Fig. 4a and 4b, see page 50) and an MPI of 5% and 10% for E. lata and N. parvum, respectively, in Kern County (Figure 5a and 5b, see page 50). Several naturally occurring biocontrol agents, including Trichoderma hamatum (UCD 8717), Aureobasidium pullulans (UCD 8189) and Bacillus sp. (UCD 8745), that were identified in California vineyards were also performing very well compared with other commercially available products (Figure 4 and 5).

In conclusion, our 2020 field trials have shown that several biological and chemical treatments can provide efficient protection of pruning wounds of grapevine against one or more fungal pathogens responsible for the major grapevine trunk diseases (Esca, Botryosphaeria dieback and Eutypa dieback). Moreover, improving accurate diagnosis of GTDs will be essential in determining an effective product. 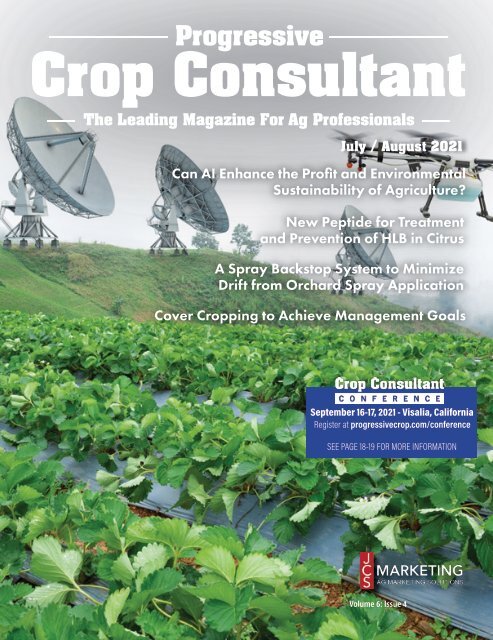