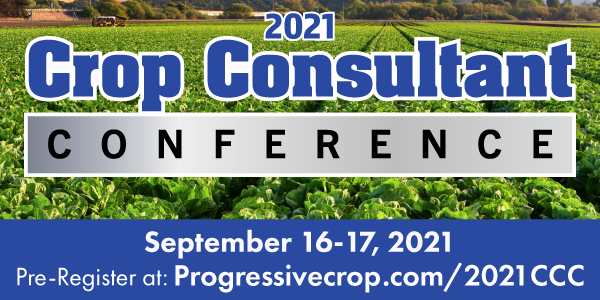 Milliron said a temperature swing from near 80 degrees F to below freezing on in mid-November was the likely cause of the freeze damage.

According to UC Davis plant pathologist Dr. Maciej Zwieniecki, starch stored in tree limbs does not provide protection from freezing temperatures. Slow cooling over time is needed to initiate starch degradation into sugars which protect against ice formation in cells. Without a gradual hardening off in the fall, trees have less freeze tolerance. 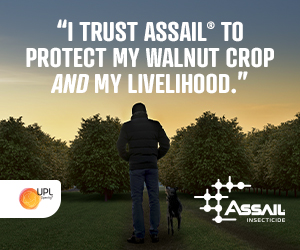 Milliron said it appears that soil moisture at the top of the soil profile is a factor in freeze damage. He said most walnut growers who last irrigated in early to mid-October faced more severe damage than growers who irrigated later in October or early November.

Affected growers are being advised to wait until June or July to prune out wood that does not revive. Exposed areas where buds are breaking should be protected from sunburn by painting the southwest side of the trunks or limbs with tree paint or white latex diluted 50:50. Irrigation should be delayed due to less leaf surface. Milliron said that pressure chamber readings should be two to three bars below baseline to initiate irrigation. Overwatering freeze-affected trees damages roots and prevents canopy recovery.

Spring fertilizer applications should also be delayed when freeze damage is evident. Nitrogen should be reduced in relation to the expected yield reduction.

Removal of dead limbs is advised to prevent disease spread as they may be infected with Botryosphaeria or Phomopsis.

In the future, Milliron said, nitrogen applications should be terminated by the end of August. In young orchards, irrigation should be stopped in September until a terminal bud is set on the trunk to harden off the trees.

If there is inadequate rainfall by the end of October, both young and mature orchards should be irrigated to have moist soil going into November. If a freeze event is forecast, irrigation to fill the top foot of soil to field capacity is recommended. Care should be taken to prevent standing water in the orchard as it will make the soil surface colder.